Wax buildup can progress gradually and is almost unnoticeable until it’s too late. Some of the first signs you will experience are the feelings of your ears being clogged or blocked. This may lead to you struggling more to hear than you’re used to, which is a common symptom.

Earwax is not all that bad. It’s a natural substance that our bodies produce to protect us. Its primary objective is to keep dirt and dust out of our ears to prevent any bacteria or fungi from developing and causing infections.

Earwax is actually a good thing in small doses.

However, when earwax builds up too much, it can really become a problem. Impacted earwax can present a sudden or temporary hearing loss, a feeling of fullness in your ears, dizziness, headaches, or even balance issues.

Pinpointing the cause of impacted earwax is very difficult, as it’s different for each person. The most common cause though is cotton swabs. Even when properly used, these swabs cause more earwax to be pushed deeper into the ear than removed, which over time leads to blockages.

There are many home remedies to remove earwax and most have been passed down from generation to generation, but the only true way to safely remove earwax and preserve your hearing for the future is to see an audiologist. Below are some myths we have heard from many of our patients who are in the same situation as you.

My daughter has earwax buildup issues we've been able to treat at home. This time the earwax wouldn't budge. We took her to Ascent, they only charged $50 while others wanted $100 to $390 to see my daughter(we're self pay). My daughter and I were soooo excited when in just a few minutes the doctor removed the wax and my daughter could hear again!!! The other place charged us $100 and only irrigated with no result. That other facility referred us to a specialist who wanted $390.00 to see us. One last thing to add about Ascent... my daughter is 22 yrs young and thought the young doctor who helped us was very cool and made her feel very comfortable!! We will recommend Ascent to everyone!!!
Crystal C.
My 5 year old son had to see an audiologist after he failed his school hearing exam. I am so glad we choose this one. Everyone at the office is super nice...and Dr. Dan was awesome with my son. He ended up having to have a huge amount of hardened wax removed from his ear which took a good 20 minutes. The whole time Dr. Dan kept my son calm and was extremely gentle - so much so that my child almost fell asleep lol! Now his hearing is perfect again. Highly recommended!
Katie Stimeling Barnes

Myth #1 – My ears produce too much earwax!

This is hardly the case with most people. Your body knows how much you need to keep debris out of your ears. Cleaning them too much can also raise issues, as your body will start to produce more and may cause a blockage that way also.

There are lots of tutorials online that will CLAIM to teach you how to do something. But as we all know, you can’t believe everything you hear. There are serious long-term effects that can arise without proper technique and procedure. Consulting with a professional will be worth its weight in gold. Leave the online tutorials for making a good guacamole.

If you have a blockage, then that is your body telling you that something is wrong. Leaving a problem unattended will only cause more harm in the long run.

How Does Earwax Removal Work?

The team at Ascent Audiology &Hearing has been clinically trained by ENT physicians on how to properly clean ears, which makes us one of the most trusted clinics in The Valley.

What’s more, all of our hearing care professionals are experts in this procedure, so you’ll never be kept waiting.
Here is a run-down of what you can expect when you visit us for an earwax removal appointment.

#1 – You’re Welcomed As Soon As You Arrive

We treat all of our patients like family. At each of our three locations in The Valley, we want everyone to feel comfortable and confident in their decision to take action with their hearing health. We ensure private rooms and one-on-one time with one of our hearing professionals.

#2 – We Take The Time To Learn About Your Situation

Familiarizing ourselves with the history of your hearing is crucial for future diagnosis. Even if you’re just in for earwax removal, we want to prepare for the future and make sure your ears are working in top form.

We use a professional video otoscope to view the inner workings of your ear. This lets us know the severity of the blockage and we can explain it to you in detail, or you can watch for yourself on the screen provided.

Depending on the severity of the blockage, we may use other equipment too, including Suction, Earigator, Loops, Forceps and Picks.

To remove earwax, we use suction, a common, safe, and successful method that has been used for years. It’s a gentle process that uses a vacuum to gently remove excess wax from your ears. It is actually the safest way of cleaning ears. This technique was learned from working in ENT practices. We believe in using all methods as no one method alone works for all ears and doing it COMFORTABLY!

#5 – Enjoy That New Sense Of Relief

A sense of relief will overcome you and you’ll wonder why you didn’t address the problem sooner. It truly is a great feeling for your ears to be able to breathe again.

Before and After the Removal of Earwax 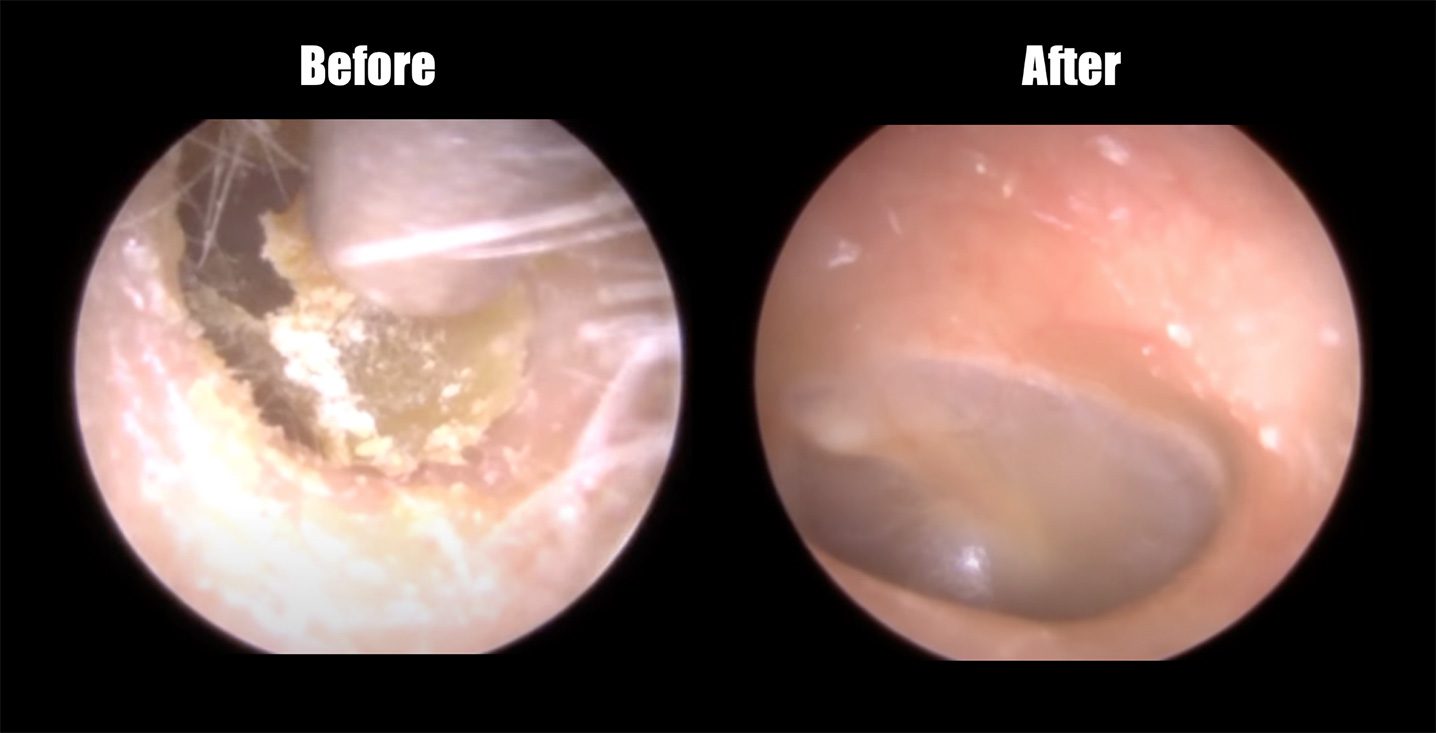 Ready to Schedule An Earwax Removal Appointment In Goodyear, Surprise, Or Glendale?

As a family practice, we’re ready to care for your hearing as well as your loved ones.

To speak to one of our professionals and book your earwax appointment, please fill out the form and we’ll be happy to take care of you. 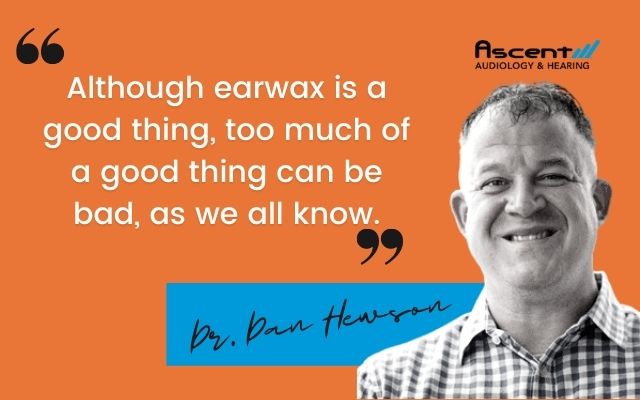 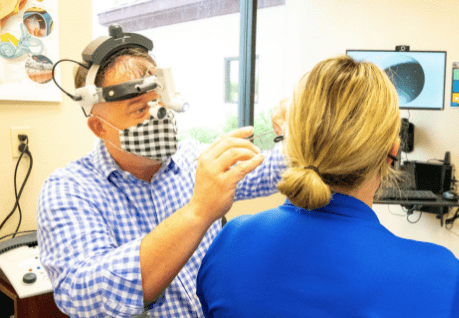 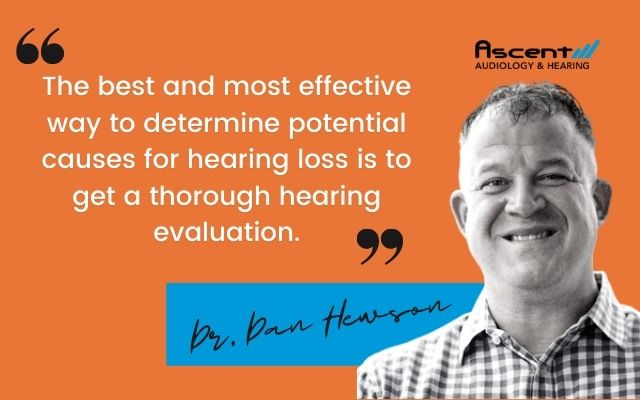 What You Can Expect At A Hearing Evaluation In Arizona